History of the Egyptian Theater 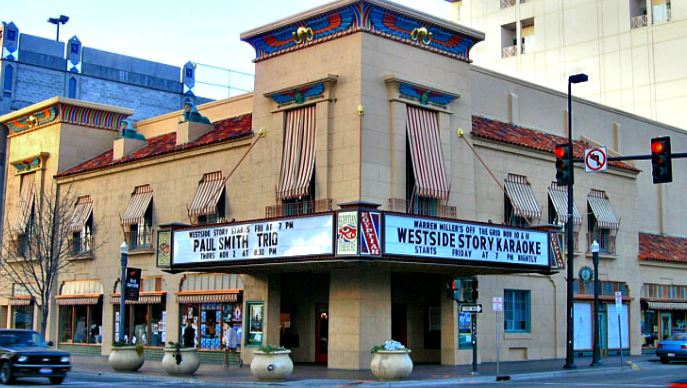 The Egyptian Theatre, located downtown at the corner of Capitol Blvd. & Main St., was originally built as a first rate silent film house, grandly decorated.  It is one of the few surviving theaters from the grand cinema movie palace era.  Its Egyptian revival style was inspired by the 1922 discovery of King Tut’s tomb by Howard Carter. It opened for business with the film “Don Juan” starring John Barrymore on April 19, 1927, with background music provided by the impressive Robert-Morgan pipe organ (which is still there).  In the 1930s, the name was changed to The Fox Theater and then in the 40s to The Ada Theater.  It began to deteriorate in the 1950’s when it became a part of the “Plitt Theater” chain.  In  the 60s, it became a Cineplex theater.  It survived decades of neglect.  It was slated for demolition until an anonymous donor bought it.  It’s original name was restored and it was added to the U.S. National Register of Historic Places on November 21, 1974.  Later, that donor was discovered to be Earl Hardy and in 1999, its restoration was commissioned by the Hardy Foundation, Inc.  Restored to its original beauty, it has housed top level performers and theater productions.  It has hosted all three premieres for the Bourne Identity franchise.  Actor Aaron Paul rented it to live stream the 14th episode of Breaking Bad.  Said by some to be haunted by Joe, a projectionist who worked there for 35 years and died of a heart attack on his way up to the booth in 1950, it was featured on the Travel Channel’s “Ghost Stories” in 2009.