The History of the Idaho Botanical Garden

The Territorial Prison, which later became the Idaho State Penitentiary, was built in 1870 in East Boise.  The compound was situated on 50 acres of land hosting a nursery and several farm fields that provided work and food for the prisoners.  The section of land where the Idaho Botanical Garden is now located was once known as #2 Yard.

The prison was closed in 1973, and the land remained vacant for more than a decade.  But, in 1984, a local botanist, Dr. Christopher Davidson, had a vision to create a public landscape that would draw visitors and promote education in gardening, horticulture, botany, and conservation.  He brought together the first Board of Directors made up of 17 civic leaders and local professionals. They leased 33 acres of the old prison grounds from the State of Idaho and The Idaho Botanical Garden was brought into being! Seven thousand plants were placed in the first few years of its operation, 95% of which were donated.  The first tree placed in the garden, a northern red oak, was planted by Jack Simplot and remains standing today in the Meditation Garden.  Garden admission started at $1.00.

Over the years, the garden has expanded into 15 cultivated acres with a number of specific collections:

·        Lewis & Clark Native Plant Garden (2006) - plants collected by the explorers on their expedition between Great Falls, Montana, and The Dalles, Oregon

The Idaho Botanical Garden serves as a popular year-round venue for entertainment as well as for cultural and community events. Some of the most popular are:

·       Scarecrow Stroll – an exhibit of unique scarecrows peeping out from behind trees and shrubs throughout the gardens, lasting though the month of October

The land behind the garden is used for nature hikes and environmental education.  And Outlaw Field, created in the 1930s for the inmates to play baseball and football, now operates as a popular concert venue.

The Idaho Botanical Gardens are maintained by a non-profit organization which does not receive governmental funding.  Operating income is made up entirely of entrance fees, site rentals, and contributions from citizens, corporations, and foundations.  Successful operation relies on supportive volunteers and the Garden members (currently numbering over 4,000) whose efforts provide our community with a complete garden experience.  The Idaho Botanical Garden is located at 2355 Old Penitentiary Road.  General admission is $7.00 for adults and $5.00 for seniors 65+ and children 5-12 years old.  Event admissions may vary. 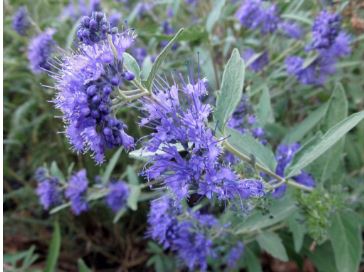