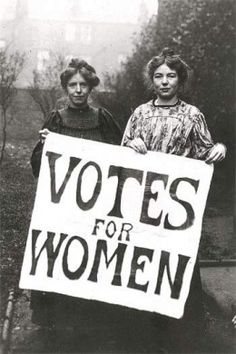 It’s commonly known that women were finally given the right to vote in August of 1920, with the ratification of the 19th amendment.   But, it may be a little less known that, in an effort to attract both men and women westward, territories in the West were some of the first to support women’s suffrage.     Idaho has allowed women to vote since 1896, almost a quarter of a century before it was allowed on the federal level.

There were eight women who proved most instrumental in bringing women’s voting rights to Idaho.

From the time women first organized to collectively fight for suffrage at the national level in 1848 to the actual ratification of the 19th Amendment in 1920, many women and men worked tirelessly to organize, petition, and picket for women’s right to vote.  We are grateful for their dedication to the cause and for the way their efforts have helped shape our state and our country for the better!